Ad blocker detected: Our website is made possible by displaying online advertisements to our visitors. Please consider supporting us by disabling your ad blocker on our website.

Until August 25, use code MOTMERCH for 10% off all orders!

For anyone who has ever wanted to rock the MoT clock logo on a shirt, a hoodie, a notebook, or even a mug, we have news for you, you can!

Visit https://www.motmerch.com for a small selection of merchandise with your favorite watch deal website logo.

All products are produced and shipped by Teespring, a long-time leader in personal merchandising. Orders are safe and secure, and I have set all item prices myself, and everything is set to generate only the smallest of revenue.

It is in your interest to assign as much value to the movement, as the duty on that is a flat rate of just a few dollars.

Reach out to Christopher Ward, they can help you with the breakdown.

mleok wrote:It is in your interest to assign as much value to the movement, as the duty on that is a flat rate of just a few dollars.

Reach out to Christopher Ward, they can help you with the breakdown.

Yes I have emailed them to help me with it.
Thanks!
Top

I ordered a CW watch and just received a message from DHL that it is denied clearance at customs here in Illinois and they need more information.


They want me to fill out this form. I have no idea what to put in the form. Has anyone else faced a situation like this?

That’s insane! How stressful. You are a private importer of one watch, not a wholesaler importing batches. How the heck would you know the price breakdown.

Give them Chinese homage prices from AliExpress.

Thats what I thought to do to but I think CW sticks a waybill or an invoice ion top of the box which has the actual amount paid for the watch.
Top

I’m really disappointed and frustrated the CW customer services repeatedly told me that I don’t need to do anything about the request of further information from DHL. CWs logistic department is on top of it and I will be receiving an updated tracking number shortly.

Today I got an email from DHL telling me that the time has lapse and they are sending the watch back and nothing or no one can stop it now. I contacted CW and forwarded that email to them, only then they said oh you should provide your SSN and other information they are asking for to get your package our logistic manager has directly contacted DHL (whatever that means) and you will be able to receive the watch without any more trouble.

I called DHL and they were like who CW? and sorry the watch is already in transit to UK.

Now this was not a discounted or nearly new item this was a preordered new watch. I have emailed CW again and now waiting for when they start their day.
Top

Far and wide I will find 'em and I ride 'em
Bricks and mortar get my licks just for kicks
AD or authorized I don't analyze
Retail, wholesale never fail
Online or offline, I find I don't redefine
Too big to fail or yard sale they all hale
Run or hide just for fun deals I find
Top

A statement from Christopher Ward......

To reflect the increased cost of materials and manufacturing over the last three and a half years, Christopher Ward is increasing prices for the first time since January 2017 by an average of 3.4% with around half its models not increasing at all.

In keeping with the brands uniquely transparent pricing model, which marks up cost prices x 3 to arrive at the selling price, where exchange rate changes outweigh the cost increases e.g. the Euro, prices have actually been reduced.

There have been no changes to prices of limited edition watches as these would largely have all been manufactured prior to the majority of the cost increases being applicable.

“We hate having to increase prices at any time but having absorbed cost increases on ongoing models for a little while now it is the right time to do so. Our fair margin philosophy has always meant Christopher Ward watches offer outstanding value and these small increases haven’t altered that position.”

Oddly, I looked through them when I got the email and just said "meh". I usually jump on one. Not feeling it this time.
Top

Oddly, I looked through them when I got the email and just said "meh". I usually jump on one. Not feeling it this time.

I agree. Normally, during one of the CW sales I will be rewarded with an impulse buy. Obviously, prices have increased, which makes it a harder buy for some. For me the extra price increase means I may be slugged with an additional 10% GST here in Australia for going over the $1k threshold.

Oddly, I looked through them when I got the email and just said "meh". I usually jump on one. Not feeling it this time. 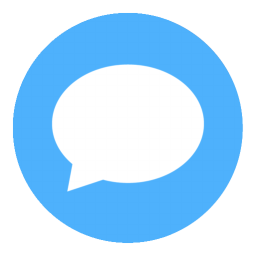 ’There is a crack in everything. That’s how the light gets in.’ - Leonard Cohen, Anthem
’One man's faith is another man's delusion.’ - Anthony Storr