Ad blocker detected: Our website is made possible by displaying online advertisements to our visitors. Please consider supporting us by disabling your ad blocker on our website.

Member yinzburgher was chatting with Meranom and they have agreed to extend a discount to all our users!

Code MANONTIME gets you 5% off any purchase, excluding special editions.

These users liked the author Spirit of the Watch for the post:
yinzburgher

In recent years I pay less and less attention to the sports world. While this might have started before-hand, it certainly was taken a step further when I cancelled my cable years ago, quite in advance of the trend. I didn't miss sitcoms, or cable news.....and certainly not reality TV. I missed sports. But I got over it. My eyeballs moved from a TV screen to a computer screen and I moved on to other interests. That's the short version, anyway. This waning interest would completely shock anyone that knew me from my childhood, high-school, or college years, btw. However the one thing I haven't quite let go of is NBA basketball. I've been a huge NBA fan since I was a very little kid. It was one of my first obsessions. As you might know, the NBA play-offs take quite a lot of time from start to finish......four best-of-seven series. So in recent years I've often treated this as a mini-season of sorts. After having seen next to nothing through much of the regular season, I order cable for the playoffs, (sometimes taking more time off of work too) and start paying attention and watching games. It's usually very enjoyable for me even if I end up being a bit too lazy. So I'm definitely bummed the season is now suspended. If I had to make a bet right now, I'd say that's the end of the entire season. I really hope I'm wrong. I hope the prevalence of this bug tapers off with warmer weather and they can fit in an abbreviated playoffs. As my work has been busy and stressful lately, I had even found myself daydreaming about my upcoming NBA playoff mini-season and the respite it might provide. I guess my disappointment is the primary reason I'm posting here but I'm also wondering if any other previously obsessed sports fans have found themselves becoming disenchanted or disinterested over time.
Instagram / My eBay / For Sale / WTB
Top

I'm not sure when I'll get around to watching this but I'm certain that I will eventually. There seems to be a lot of talk about it. Maybe it will help fill the void of an NBA season down the tubes. I know some people feel that nostalgia is overrated, and I agree in part. Even so, I think it will be fun for me to revisit the MJ years. I always knew he was gonna win and I remember thinking that took some of the fun out of it. So I was usually rooting for the other team. But I was in complete awe of him.

"The Last Dance" on ESPN 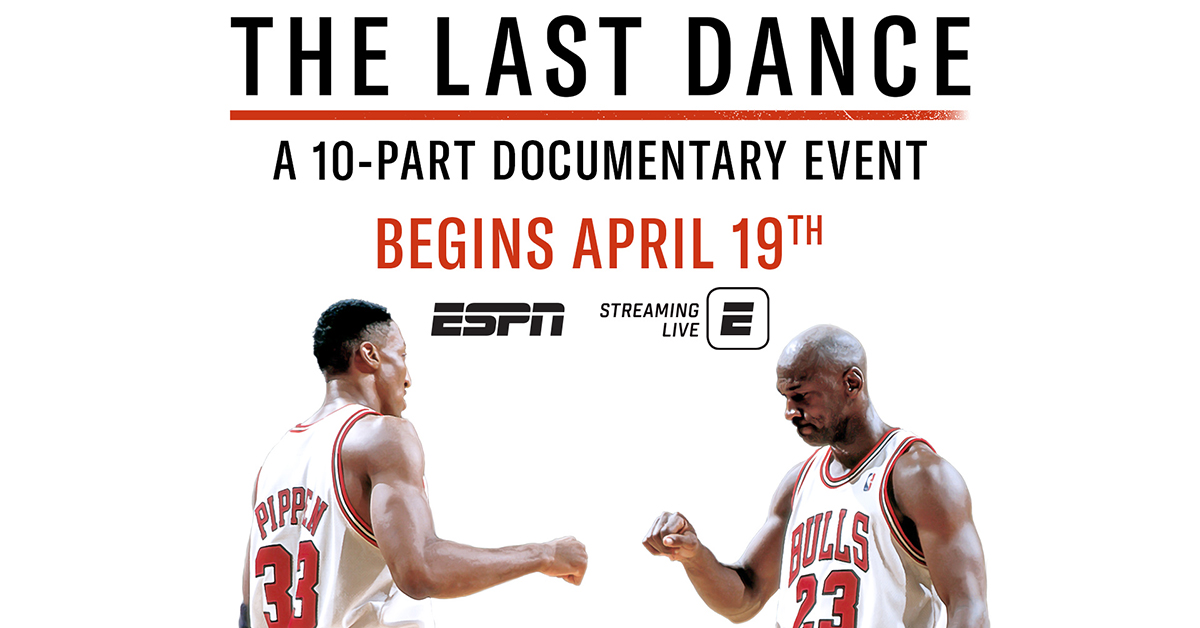 GQ: Michael Jordan Reminds Us He’s Also One of the World’s Most Interesting Watch Collectors

These users liked the author yinzburgher for the post (total 2):
peskydonut • Split-Time

I can't say I'm surprised but I probably would have guessed he was more of a Budweiser guy. 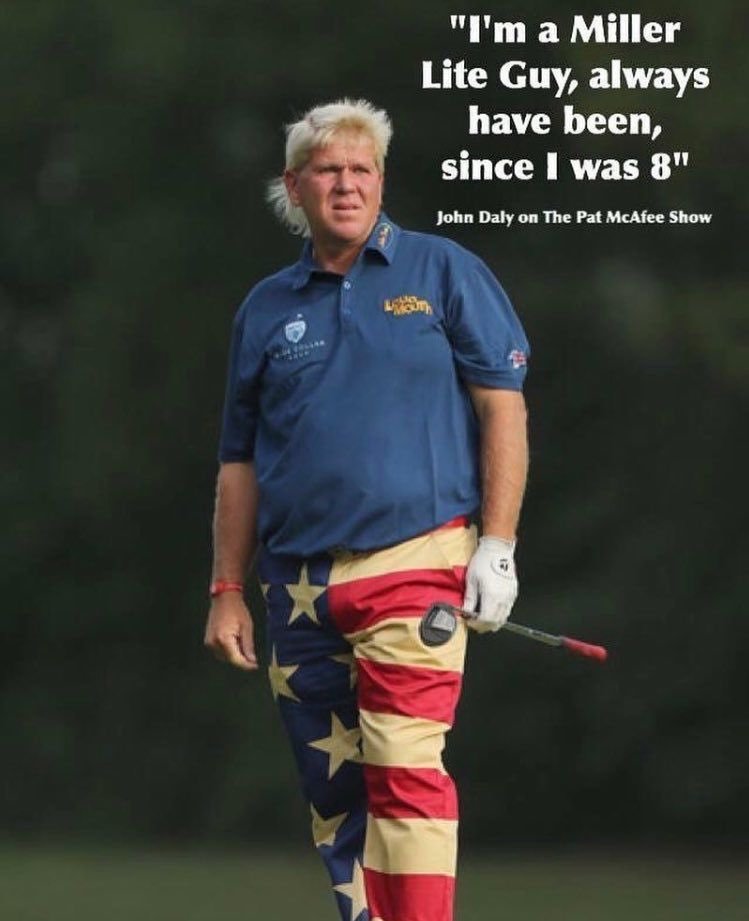 Any NFL thoughts?
"The best preparation for tomorrow is to do today's work superbly well."
-William Osler
Top

These users liked the author Spirit of the Watch for the post:
ManOnTime

The slapshot to the mouth made me jump. I wonder how many teeth he lost.

These users liked the author ManOnTime for the post:
Spirit of the Watch

There was talk about his eye but it seems it was just below. Hopefully he can laugh it off down the road.
"The best preparation for tomorrow is to do today's work superbly well."
-William Osler
Top

Finally F1 will be getting back to racing this coming weekend.

IF the preseason tests were accurate (but all teams seem to sandbag, especially Mercedes) then it appears that RedBull may have a chance this season for a Drivers Championship and Constructors as well. I've had just about enough of Lewis Hamilton walking away with it for the past seven years. The other teams need to step up their game. But with the freeze on many things this year in terms of innovation it may well be Lewis' *sigh* 8th Championship.

My American F1 Team Haas sold out to the Russians and they are not doing any development this year. I suspect Mazepin's Dad will buy it outright like Stroll's Dad Racing Point the other year.

I am curious to see how well Perez does in the Red Bull and Vettel does in the Aston Martin (formerly Racing Point) with that Mercedes engine and(let's be honest) Mercedes Chassis. I also look forward to Alonso back in F1 as long as he doesn't start crying "GP2! GP2!" this year.

And FFS, George Russel needs to be in that Mercedes and they need to give Bottas the boot. Bottas is just not hungry enough to play mind games with Hamilton. And yes I do think that the two Mercedes cars are not the same. I believe that happens in all the teams on the grid. I know Nico Rosberg played mind games with Hamilton and was only able to win one Championship. But at least he won it. A win is a win no one cares how you did it.

I hate that the first two practice sessions of FP1 and FP2 have been shortened. It does force the drivers on the track more. But it shortens my pleasure of watching by an hour each race weekend.

These users liked the author Rocat for the post:
Stretch44

I would love for there to be some excitement this year. It's boring when the Driver's Championship and Constructor's are settled by the summer.

Excited for the season to begin. I love early Saturday morning qualifying. I'm usually the only one up in the house at that time and qualifying is actually fun to watch.

Edit: You can start an F1 thread.

These users liked the author Stretch44 for the post:
Rocat

Wild defeat the Avenues, 8-3..... w/ some extracurricular activities during the game

As the NFL Draft approaches, we have to wonder what blunders will be made this year.
"The best preparation for tomorrow is to do today's work superbly well."
-William Osler
Top

https://youtube.com/shorts/7FiiEZ9Z3aQ?feature=share
"The best preparation for tomorrow is to do today's work superbly well."
-William Osler
Top

Just add 7 straps to the cart and it'll give you the cheapest 3 free.

I can't bring myself to spend ~$100 but the knit weave straps look amazing. Mostly because I bought a Kaprizov jersey yesterday......

The first offensive threat the Wild have had in years!

These users liked the author tjcdas for the post:
Spirit of the Watch